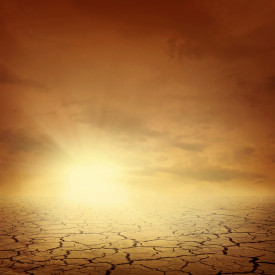 The issue of man made global-warming seems far removed from questions of exoplanet habitability but there is a close link.  A planet whose climate is highly sensitive to greenhouse-gas changes is also a planet that responds strongly to increasing heat from its aging star; and it’s hard for such a world to remain habitable for long. The Earth seems to be one such world (that’s why global warming is such a threat) but it has never-the-less remained habitable for billions of years.  How it managed pull off this trick is an intriguing, but not particularly new, mystery.  This is a subject I explored in a guest blog on Andrew Rushby’s website were you can read more.