The British Geological Survey’s schools’ seismology project is a programme to put affordable but effective earthquake detectors into schools across the country and I have played a small role in this by helping to set up instruments in around 25 schools in the South-East of England.  The earthquake detectors are robust, simple to set up and capable of detecting a magnitude 6.5 earthquake anywhere in the world. Contact me if you’d like a visit to your school.  If you’re not in my area I will put you in touch with your nearest participating geophysicist. 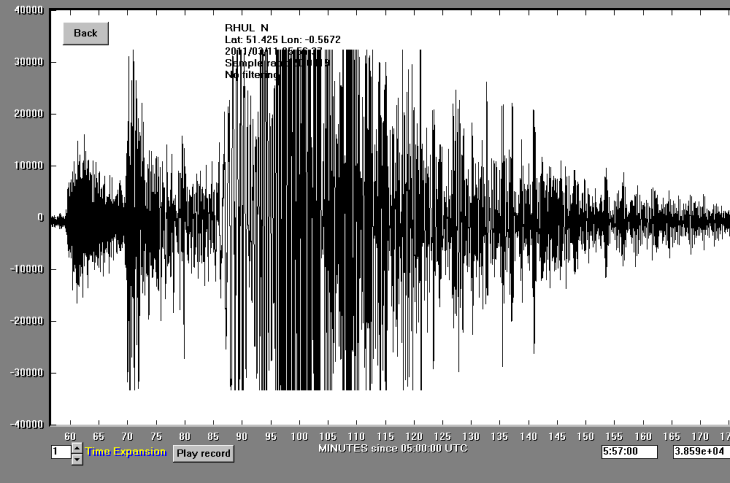 This exercise does not require your school to own a seismometer but you will need to download AmaSeis, a free seismic analysis package, if you don’t already have it.  You will also need to download seismic examples of an earthquake in February 2010, made at Eskdalemuir Geophysical Observatory in Scotland and at the Casy station in Antarctica (Latitude -66.28, Longitude 110.54).  Follow the instructions in School Seismology Powerpoint to work out where in the world the earthquake occurred.  The downloaded example also contains a recording made here at RHUL.  Compare it to the recording from Scotland and think about why I haven’t used it in this exercise.